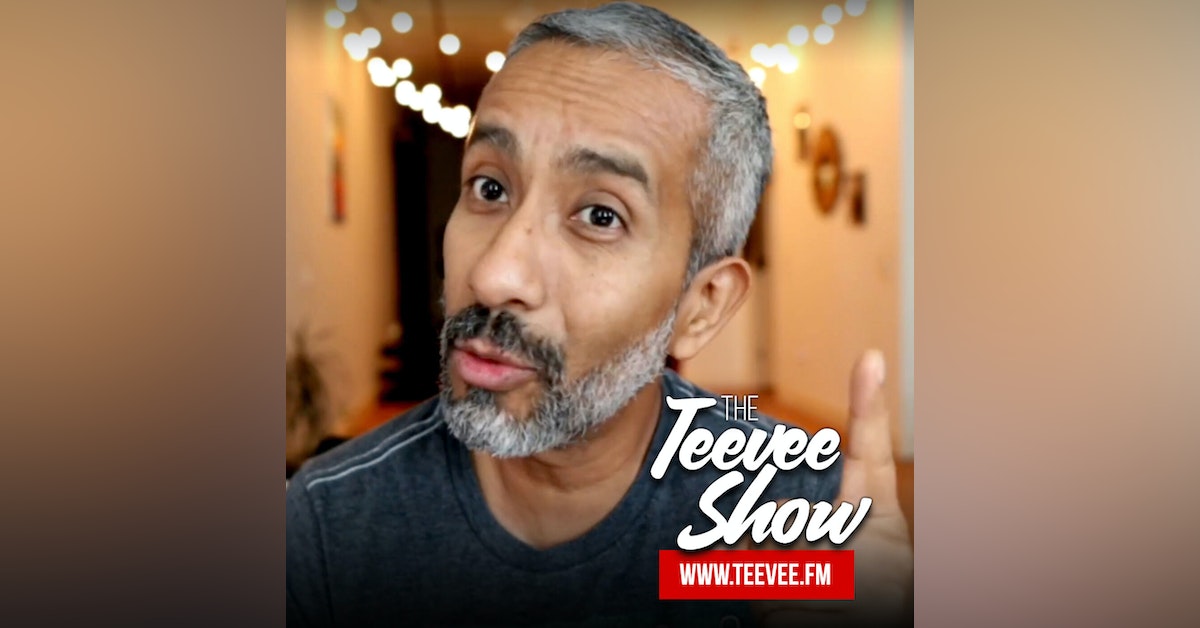 Have you ever clicked on a “Secrets revealed” video?

These stories make us think that no kindness is left in the world anymore. Stories that are branded shocking and jaw-dropping. These are the tales that hold us back from the truth. From the good and the kind.

In today’s video, I share the story of how I've tried to point out the good in the world... all around us.

Visit www.teevee.fm or find me on your favorite podcast platform of choice.

this thing, this story, this graphic, this whatever, restored my faith in humanity. And as much as I can appreciate it. I'm saddened by the fact that their faith in humanity has been diminished that much. Moments like these with my daughter, remind me that people will always show up. And actually most people are really kind and really willing to lend a helping hand. But we, if we continue to consume the content that is being fed to us, then we're going to see more of it. The algorithms are going to give us more of that crap. I did read an article today that said Facebook is actually going to punish any articles or videos that create that kind of empty promise or hysteria. They call it Video Bait based on the same ideas of clickbait. Cause that's essentially what all this stuff is. They create this massively over a hyped headline or title to a video that gets us so curious because they leave out certain details that create a curiosity gap that we then click on it. And most of the time it's not even related or as bad as they make it seem, most of the time. Other times it's just hysterical over the top crap. That is not based in any truth. And even if it is, it's just a story in a very large world. So to lose faith in humanity, to me is sad. We can walk outside today and I guarantee you, if you trip and you need help, or if you, I guarantee you, if you get stuck on the side of the road today, someone will show up. When I was younger and I was about to get divorced, my car broke down on the way to work on the freeway. I was able to pull off to the side of the road in the center lane. And I remember the story vividly because I was in a lot of pain. I was in a lot of hurt at the time, and I was furious at myself, because the car broke down and I told myself: "I'm just gonna walk." It was easily another five or six miles with screw it. I was going to walk. So I'm walking, minding my business and someone pulls over and I waved them off. I say, thank you. But I got this. I'm mad. I don't need any help. And they drove off. It happened again, waved them off. A third person pulled up and refuse to drive off. He said, let me give you a hand. I know what this feels like. It's okay. We'll get you a help. Let me get you to your job. I mean, I even told him my story because he was, he kept on asking questions. So I jumped in the car and he took me to work. It's actually a smart idea. It was way too far to walk. I was going to be really late and it was stupid. It was just, I was in my head. But the point is I had three different people pull over and asked to help, this is not something that happens every once in a while. I shared this essay on social media. And I got other people that also chimed in and said the same thing. It happens all the time.

One is to maybe reconsider how bad the world is. It is bad that there is a lot of bad but. We're in a good place, especially if you live here, come on. Let's, let's re recognize and realize that we are privileged in that we have lights and electricity and running water, plumbing. These are good things and we have a lot of privilege. But the other thing I would invite you to do, this is my big tip for you, is if you see an overly sensational headline coming across your feed, don't click on it. It's up to us as citizens of the world and the internet to stop clicking on that crap. This is a very ambitious idea and it probably is not gonna work, but that has been my mission. If I see something overly sensational, I just keep on scrolling. If I need to know the news, I'll go look for the news. I don't need to be digesting it all day long in any of the feeds anymore. I don't go online to get news. I'm going to find out the news. But don't click on the crap and especially, crap that is just over sensationalized. Man is exposed. Truth is... I actually have kept a list. Because I am a marketer. I started to create a list a while back of words that are commonly used in overly sensationalized articles, essays, videos, content. Right? So here are the words. Scary truth about X... The truth about... The secret no one is sharing... X reacts about Y... So this person reacts about, about that person or about this situation. The real reason... Don't X until you Y... The truth about X... Exposed! Or any conjugation their in. The secret. Okay. I'm guilty of that one. Reaction! With the will Smith thing that happened recently, slapping Chris rock, the reaction videos, and like anybody that's a celebrity that has any clout is getting to my shoved in their face. And they're being asked to give a reaction. Because that reaction will create more content to propagate the entire damn internet with more crap. The situation in itself is enough but now we have to get everybody's reaction. Come on. After a few it's all the same. The truth! Revealed! Gets chills! Goes crazy! Disgusted! ...lied! Hidden X. Hidden truth. Warning! Now some of these are meant but if they're using, these are really trying to pull on those emotions that get you to click. And to me, it's not worth it . My attention is worth a lot And much more important than that is realizing that I don't want to lose my faith in humanity This is a world filled with a lot of greatness and a lot of great people. And I don't want to click on everything that I come across, ruined my mental health, because if I keep seeing that crap, I'm going to believe everything I see. And it's not true. Find the good stuff. Look for good news. If not create it for yourself. Find the good people. And if you're ever in a jam, someone's going to show up. One, if you ask, and if you're stuck on the side of the road, they're just going to show up and insist to help. That's it for today. Thank you for listening to today's podcast. Our appreciate your attention. I hope I'm delivering something positive and uplifting and not any negative stuff. Until next time, have a great day. Buh-bye!