Broke Dad’s Guide to Cheap Yet Educational Games After Divorce 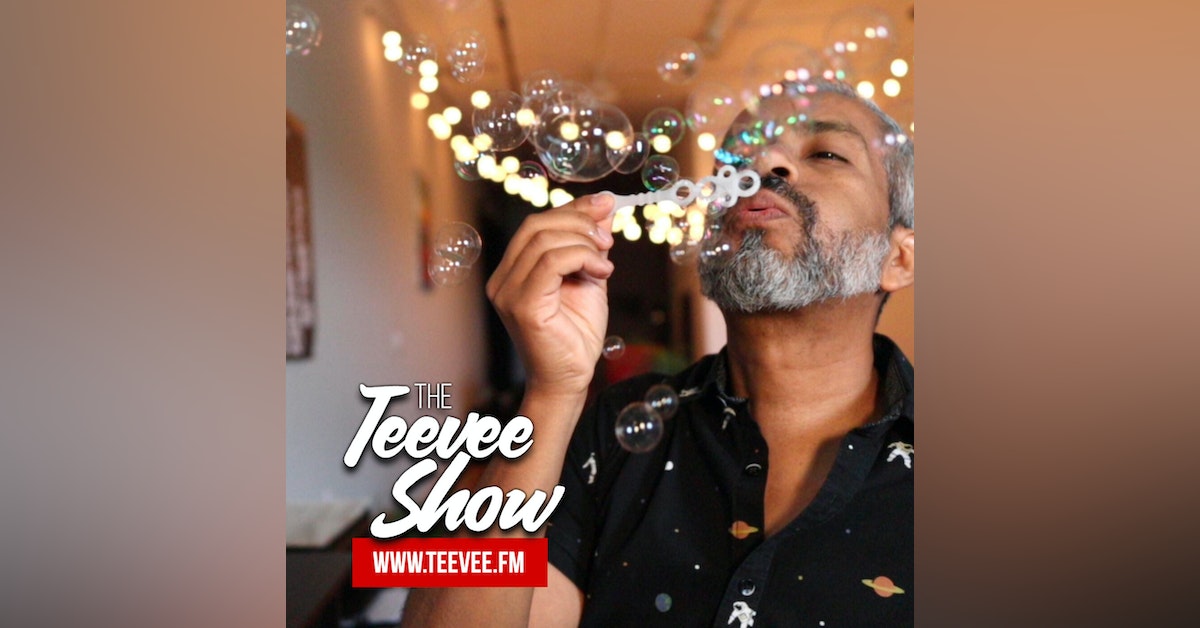 At one point in my life, I had little money to spend. But I still had the responsibility to make sure that my daughters enjoyed their time with me. And that brought out my creative juices.

Apart from the need to have fun, they were at an age where play was necessary for them to learn a few things about life.

At that time, I ended up inventing a game or two that cost little to no money. More importantly, I realized what my kids actually needed.

Watch today’s video where I talk about how the simplest of games made some of the best days I've had with my kids.

Play: How it Shapes the Brain, Opens the Imagination, and Invigorates the Soul
https://www.amazon.com/Play-Shapes-Brain-Imagination-Invigorates-ebook/dp/B001SCK720/

After divorcing my daughters' mother, I was pretty broke. I had very little money to my name. And when I walked out, all I left with was my laptop, my clothes, and my books. Felt that with those, I could build a new life 'cause that's essentially what I was going to do. But I had no money. So, it made it really complicated trying to be there for my daughters in a way that mattered because essentially, in life, you need money. However, the point of this video is to let you know that you don't. You don't need a lot of money. In fact, even if you have all the money in the world, you probably shouldn't be spending it on toys and gifts, but instead, focus on giving your kids the attention, love, and affection that they really want. For context, let me let you know just how broke I was. There were many nights where I would personally go to sleep just to avoid feeding myself because I just didn't have the money to go get food. Now that sounds really crazy, but it's true. And if you've ever been in some level of poverty, you probably know exactly what I'm talking about. My ego took an even bigger hit because there were weekends where I had to ask the mom to keep them on my weekends because I knew that I didn't have enough money to feed them for that weekend. And that broke my heart because the whole reason for divorcing is so I could spend more time with them, and then I couldn't. And then an even bigger hit to that was I was living at my mom's at one point for a couple of years. As I was rebuilding my life and was starting a business because I quit my job. So you can see, I made a series of decisions back then that, at that point, put me in a position where I had very little money. But I still wanted to give them everything that I could and make it last and make it mean something. So, let's talk about what I was able to do, what games we were able to play that cost little to nothing, and to this day, have impacted them, and they tell great stories about those moments that we played. Let's go. And before we get started, I wanted to make this quick note, and this might be slightly controversial. Children, when they're young, don't know what "expensive" anything means. Maybe when they're teenagers, they may start wanting brand-named stuff and big gaming systems. But when they're little, they have no comprehension or understanding as to what expensive really is. It is us as parents that decided that we wanted to buy our kids expensive gifts because we felt like it would be a good way to show just how much we love them. A lot of us probably do that because we didn't get those toys, and we didn't get those games. So we feel like doing that for our children will demonstrate that we love them. When in fact, it's not necessary. And you might be even doing yourself a disservice by doing that because you're not spending the time. They will be so distracted in whatever game that doesn't involve you, and then that doesn't serve anyone. So, that is the premise for this. Yes, I was broke, but it made it really clear to me that none of that mattered. I just needed to show up, be present, and we could just play with each other and wrestle if we had to. And we did sometimes. We could just play like that. At the end of the day, it's just about playing and being present and that will mean much more than any gift you could get them. But let's get started with the games that I did give them. Number one, Hula Hoops. I'll include a link in the show notes and in the description for this video, depending on where you're watching or listening to this podcast or video, of a video that I created years ago. In one of my first edited videos where I showed us playing with Hula Hoops. Hula Hoops are relatively easy. I still don't know how to Hula Hoop, but they do. But in the video, you'll see them struggling, especially my youngest, she struggled, but she was having so much fun. It forced her to try to figure out how to move her body, both of them, it forces all of us really, to figure out how to move our bodies and keep that Hula Hoop up. That must've been cool. So it's that mind-body connection to be able to do that. It's rhythmic. It's fun. It's engaging. And although they struggled with it at the beginning, both of them went on to win different competitions at school. It's something that they were very proud of being able to do and do well. And it was just because we played it. It was something distracting. It forced them to stop and really try to get it just right. Because there is a rhythm. There's a way to do it. It's a technique, everything involves technique. And that was probably one of the big lessons that I captured, which carries on today.

you virtually can learn almost anything in the world as long as you learn the technique to it. Now, will you be the world's greatest? Probably not, but you can be good and you can do it competently. So, Hula Hoops is one of those games that we use to start indoctrinating them on that idea. Two. And, probably one of my favorites, is chalk. We love chalk. To this day, I think we have some somewhere. Back then, we were living in my parents' house, as I mentioned earlier, and we grabbed the chalk and go outside. They had a big driveway. The chalk allowed us to play, to paint all over it. And within a few days, maybe it got rained away or we would just wash it down with some water, no big deal. But we would paint. I say paint, but we chalk. We write all over the floor, the concrete. It was cool, colorful, all types of things. But the thing that I learned at that time was "The best way to learn is to make sure that you involve as many of the senses as possible." Seeing, touching, feeling— all the senses that you can possibly involve in the learning process will help ensure that it sticks. And I've tested this idea with the chalk. I did basically this big adventure through the entire driveway. Just a big squiggly line. But along the path of the driveway.