Biggest Reason Kids Disobey You and Why Pink Elephants Matter 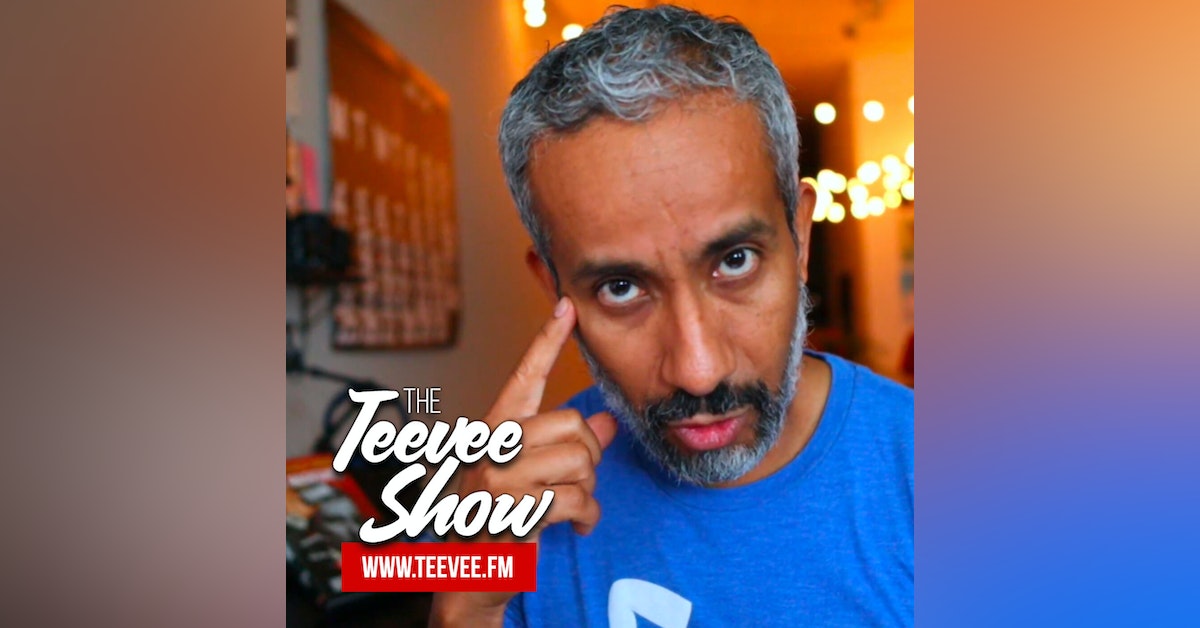 Allow me to share a parenting tip with you. But first,

"Don't think of a pink elephant."

That is why, right now, you’re still thinking of a pink elephant.

Things are no different for our kids who are still figuring out the world around them.

Just imagine this. When you tell your kid not to touch the hot stove, you're not saying no. You're just planting the idea of doing it into their head.

In today's episode, I talk about how the way we frame the things we say to our kids affects what they do and what they don't.

What if I told you that telling your kids what not to do is actually the worst thing you could do? It's crazy. I know, but that is the subject of today's video, and I'm going to be sharing the realization I had and what you should do instead when trying to tell our kids what we need them to do. Let's start this with a thought exercise. I have a favor to ask of you and that is don't think of a pink elephant. Don't. Don't do it. Don't! Too late, right? You thought of a pink elephant? Therein lies the psychological quirk that I mentioned. You have to, your mind has to think of a pink elephant to then not think about it. And as a child, therein lies the conundrum. If you tell them not to do something, then they're going to do it. And a lot of situations, it's simply because you as a parent, I, as a father, planted that idea into their little head. So that's what we're going to discuss today. Imagine being a little kid, imagine being your child, and you tell them not to do something. They are going to do it because you literally planted the idea in their head. They are, in this moment, if they're under five, they're still figuring out the world. They're grasping words. What they really mean. They have a hard time with nuance because they're just getting it. They're just figuring out the world all around them. And then their parent comes to them and says, "Don't write on the wall. Whatever you do, do not write on the wall." But in that moment, that little child thinks to themselves, "Oh my God! What a great idea, Dad, I'm going to write on the wall." Now, I am a firm believer that our kids truly, especially when they're young, they want to do what you ask them to do. But they're playful. They're learning through the art of play, through games that they're making up in their mind. And on top of that, you planted this idea that did not exist before that moment. There's a wall in front of me, by the way, in case you're wondering why I keep staring at it. But before that moment, they never even considered it. They didn't know that that was in the realm of possibility of things that they could write, draw, paint on. It's insanity. Let me tell you a story. A long time ago, I divorced my wife, the mother of my children, and I was living at home with my parents. I was miserable. I was poor. I had very few games and things to do. I didn't have much money to buy expensive things and games, anything like that. We're outside in my parents' driveway. I tell the story in another video. You can find the link up there. We're playing games. We're outside. And my dad comes to me and he says, "Tell the girls not to cross the street." Keep in mind, we lived at this intersection. It was really busy. And people come and go and it's, it's the street. It's something we, as parents, are always wary of when we let our kids play. It's like, they're going to cross the street, and the car hits them and then, you know. Those things are possible, and we worry about those things. And my dad wants to tell me, tell them not to cross the street. Me, because I'm so smart, I have learned that I did not want to plant that idea in their head, and I will never tell them that. I told him I wouldn't. And in fact, I told him though, they know not to cross the street. In fact, I've already told them to stay here. This is their play area. This is where they must stay, and if something does go across the street, I will take care of it, or we will walk over there together. So they don't get run over. Right. He was upset with me. We go back and forth for a while. He's just, "Tell them not to cross the street." Tried to explain to him, but he did not get it. It was outside his realm of comprehension, and he stormed off. I was pissed. He was pissed. It was crazy. Needless to say, we were there for about a year and a half, and we played outside all the time. They never crossed the street, not like that. And it was because I made it a point to not to tell them not to cross the street. It's a lot of nots, but hopefully, you're getting the point. It is that simple. I would take it even further. I think it's just a human quirk of ours. And I think I've read somewhere, and I can't cite the source right now, but it is just human nature for some reason, to frame things in the negative. This is not what I want. I don't want to do that. I don't want to do that. Even in writing, when I write and when people write and they're not trained to, they tend to write in the negative. And it's something we have to be deliberate about. When asked what people want in a partner, they inevitably will

"Well, I don't want someone who cheats on me. I don't want somebody who's a dirtbag. I don't want somebody who's disrespectful. I don't want stuff. I don't want." They will say what they do not want. It's a weird thing. However, we can overcome that as we get older, sort of. Here's the additional element that just occurred to me as I'm talking. This additional thing, which is the more you think about what you don't want, the more your mind has to visualize this. And where just crossing into "Woo" area, but it's also somewhat true because it's the way the mind works. If you think about what you don't want in life, you're inevitably telling your mind to picture these things, and your mind will be laser-focused on them. And they are out there, by the way. All the negativity is out there. However, if you train your mind to look for what you do want, it actually would do the very same thing. Our mind is an incredibly powerful tool that if we train it to look in the right directions, we'll find solutions that will empower us instead of show us more instances of other rotten people, other bad people, and other bad situations. They're everywhere. They exist. This has got woo-woo, right? But stating it in the positive will force your mind to think about it in the positive and what you do want. Back to kids. I can tell you that I never had a problem with my girls writing on the wall. And as you can probably assume, it's because I never told them to. That they could not, or that they should not. And this is despite the fact that I have crayons, paints, all types of writing stuff. Because I'm an artist, I have it everywhere. We've always had access to it, but that was never a canvas because I never told them not to do it. And it sounds crazy. I had many cousins and many friends who told me that they had these problems. I'd walk in, and their walls would be painted. And I said, "What happened?" "When I told him not to do it and I came home, it looked like a bathroom stall." And they told me, at that moment, they betrayed themselves. They shared why they did it because they told their child not to do it. Here's another crazy example. My girls had never touched a hot stove. And why is that? Because I'd never told them not to do it. I'll say this. If we are the models for behavior, and we are not writing on the walls or touching hot stoves, then our kids aren't going to do it. But once we start speaking on what we should not do, what they should not do, in many of those instances, we are the culprits. We are the reason that they do them, and you have to stop. And the challenge is this— taking extra time to be intentional. How am I saying this to my child? Ho w am I framing it? Am I my framing it in the positive? Or am I framing it in the negative? If you take that extra time, you will find extra words to be able to set up the context properly for your young daughter or young son to understand. "Oh, you don't. You want me to just paint on paper? Okay, Dad. Thanks. Here's paper. Here's crayons." It takes extra time, and it takes more intention to actually do that. In our rush to just spit out the first things that come to mind, we will say what comes instinctual to us as human beings. It's not necessarily because you're a bad parent. That's not what I'm suggesting. It's just that you don't know what you don't know, which at the same time is the same thing for our kids. It is our responsibility to make sure that we tell them what we want and what they should do instead of telling them what not to do. I wouldn't go as far as to say that once you tell them what not to do, the kid's like, well, "Why not?" Or a little older, "Why now?" "What's the big deal? Let me try it out." We have to recognize when we are the ones that are creating the problems for our kids. I'm convinced of this fact. As much as I believe that my daughters are geniuses. They're brilliant. I am biased. I also believe that almost every child has that capability, but we are their ceiling. We are the ones who model what is possible. And if we're not careful, we're planting terrible ideas or ill-gotten ideas, or we're telling them one thing and modeling something else. It is us. We are it. And we can sit here and blame society and blame their peers and blame the schools. But if they're with us 60, 70, 80%, a hundred percent of the time, we should have the major influence. And in this case, just simply taking in a few moments and framing the conversation and framing your instructions in a way that is more clear for a little mind to comprehend, we'll go much further, and we'll relieve you of a lot of stress. That's my challenge to you, Dads. Thank you again. My name is Teevee from The Teevee Show podcast. I appreciate you for listening in today. If you enjoyed this episode, then please leave me a review. Subscribe to me wherever you're at. Wherever you maybe listening to, whether it's iTunes, Spotify, Apple Podcasts on YouTube, wherever you may be listening to this. I appreciate your time. And until next time, buh-bye.