Are You Your Kid’s Worst Critic and First Hater? 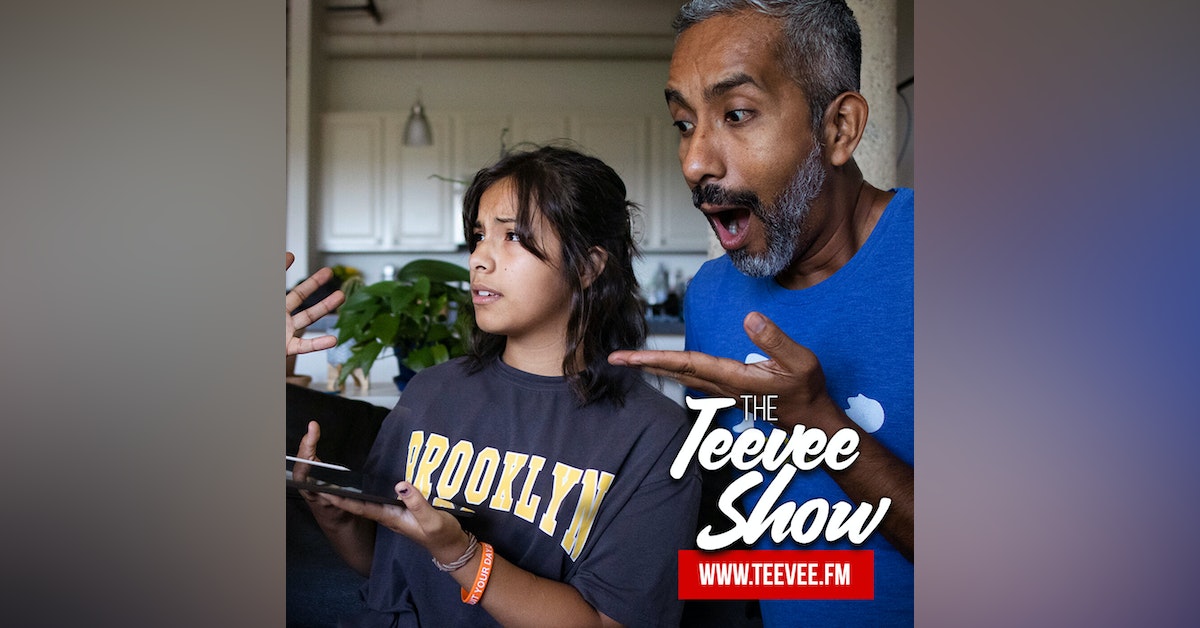 You can be your kid's first supporter or hater as a dad.

Learning to give direct feedback while encouraging our kids is a skill we need to master as dads.

We want to make sure they know you see their work and effort.

But to truly grow, you must also be able to tell them where they can improve without being jerks.

All right, dads. I know you want to give your kids honest feedback. You want to be really real with them and give them the feedback that they need so they can improve. Give them the, the, the rah, rah rah and how they should do it.

you're either going to become your kid's first fan or his first hater. I don't know about you, but I know what I want to be. I want to be their biggest supporter. And I know a lot of us just want to help our kids become better, do better and give them the real honest truth. The problem is some of us don't know how to give feedback. Honestly, it's probably all of us. We don't know how to give feedback. We don't know how to encourage them. And we don't know how to give them criticism in a way that actually serves them. We want our kids to be hard and rough and tough, and to be able to take a beating and to take, feedback and criticism. The problem is, it's that they're human beings and they're young and they're kids. It's not that easy. You can give them the feedback they need. You can be encouraging and you can be honest without having to cut them to pieces. You have to remember. And I think, this is what a lot of dads struggle with because they want to raise their children, boys and girls, to be tough. We have to remember that their children. They have emotions. They're still figuring things out. And even as adults, when we get feedback and we get criticism from our partners, from our bosses, we feel it. We get emotional. We might even get pissed off because they don't know what they're talking about. Right? But these are children, despite your intentions, to be honest and real with them, the likelihood of that getting through is not that high. So what can we do? Let me tell you a story. So I stumbled into this group called Toastmasters years ago. I was persuaded to go and fell in love with it because, at the time, I was looking to become better at public speaking and it served its purpose as I feel that's part of the reason why I'm pretty good at these. No, I'm not greatest, because there's a lot of ums, ahs, you knows, buts, ands. However it had, it did help me. And the big benefit of joining this group is that you will get better at writing and performing speeches through reps, through the repetitions that you put in. But there's one thing that they don't tell you that is not publicized about the group. And that is that every speaker, when they get up to. They have an assigned evaluator. There's a person that has, that will be assigned every time to evaluate the person on stage. The person in the arena. That person, then we'll give them their feedback afterwards. What they'll do is try to just be as honest as possible, because what, as a group, we were trying to do is share information that will help that person become better. That will help me become better. I want that. I do want the honest truth, we're human. Right? Which is fantastic. It's a great idea have someone do that. Every single speech, every single time. And as a part of the gamification of the entire process, someone wins best speaker every time. So there's two or three. That will be one that is voted by the group for being the best speaker. But here's the added twist to that. The evaluators also get evaluated and graded and they also win best evaluator of the day. And that's the big thing that blew my mind. The evaluators get evaluated and also get an award? That made me realize in that moment that feedback, giving feedback, not only is a skill, but is essential and can be improved. It's something we can deliberately improve, like learning how to throw a football or shooting a basketball. As a father, as a dad, I feel like this is one of those essential skills that we have to learn to cultivate, to develop intentionally because out their entire lives, we're going to have to be there to give them feedback, to give them criticism, to give them the harsh reality sometimes, but to do so in a way that doesn't hurt them. So let's talk about what a good feedback session looks like. One, make sure to start off with something positive that you saw be specific, don't

"Oh, that was a great job". But be very specific about something they did that was a positive that you want to encourage them for. The reason for that is you want to soften it up a little bit. You want them to feel good about it, and because you're being specific, it becomes a more truthful, more realistic, easier to believe

"Hey, you did a great job son or daughter". What does a great job look like? They want to know. You don't want your kids to listen to what you had to say when you're supposedly trying to pump them up and they not believe you. Then after you give them that positive feedback, go ahead and let them have it. Tell them where, where they could have improved. Tell them where you saw some flaws. Chances are, if they're being honest with themselves, they already know. Be specific about what you saw, what you heard, what you feel they should improve on. How they could improve it. If it's something that you have some specialty in, or you are aware of. If possible, even find some resources online that you can point them to.

in with another good comment about something they did well. Be honest, be specific. It has been known to work for years and years. I've, I've seen it in multiple disciplines across my life in so many things that I've come across and it works just because it's, it's sincere. It gives the good and the bad, but it kind of puts the bad in between some, some, some good. And there, ladies and gentlemen, you got yourself a good old fashioned feedback sandwich. I've run across it in so many disciplines it's just universally applicable and it just works. And remember they're human beings just like you. When you get a feedback and it's not given in a way that's constructive or positive, it hurts. And we tend to start to grow some animosity towards that person. You don't want that to be you. They need to know that you're there for them and they're going to encourage them and help push them to become better. Now in situations where I have no expertise, I personally lean on coaches, mentors, teachers, anyone that knows their stuff in that particular space, because for me to speak on it would be like asking me how to dunk a basketball. If you don't have any expertise in that space, you're going to lose credibility with your kid and they're not going to listen to you. So you have to be careful about the type of feedback you give in those situations. Bottom line is we all need constructive criticism. We need feedback. We need critics in our lives, but they serve a purpose. Critics aren't a bad thing. I would even go as far as to say that haters do also present something positive, they may enlighten us and something that we haven't been aware of. And at the end of the day, remember you either can be your, your kid's first supporter or their first hater. Don't be the hater or be the, the one that they know will always be there for them and support them, encourage them and give them the truth without making them feel small. All right, that's it for today. Thank you for listening. My name is Teevee from the Teevee Show Podcast, and I appreciate you for listening. Making sure to tune in for the next episode or go ahead and hit another one. Buh-bye