A Petty Dad’s Confession: Why I’m Proud of My Smart-ass Kids 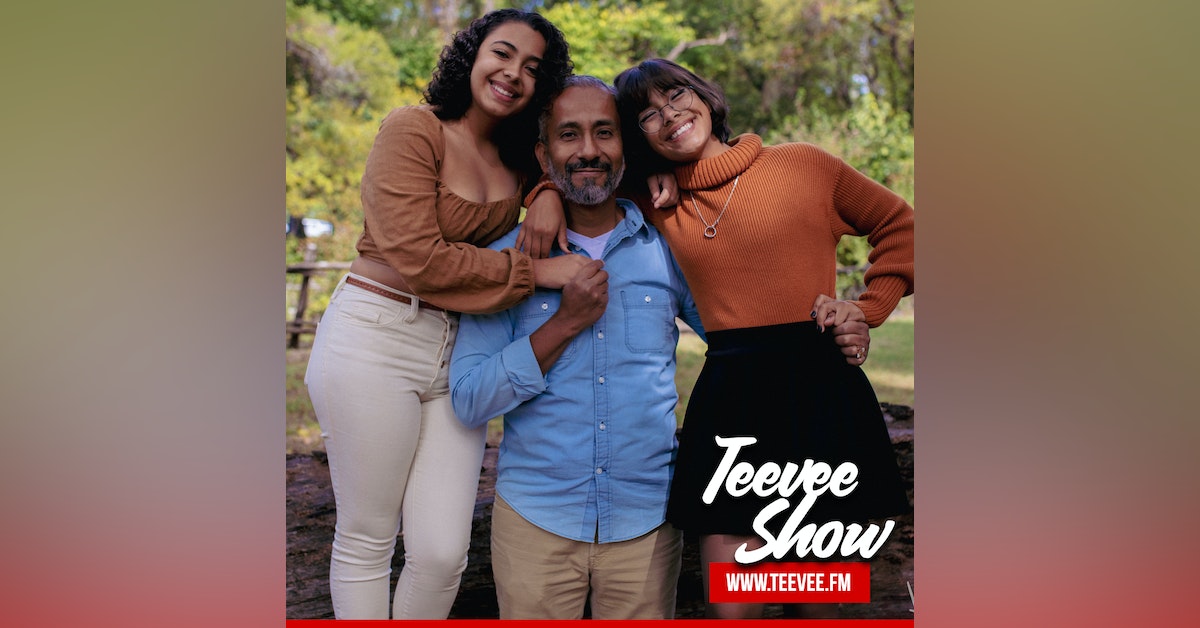 I raised my daughters to think on their own. To understand that they are free to express their thoughts. And I’m really proud of that.

With respect in mind, doing so does not make them smart-asses. We, as grown adults, should see this, too. Won't you agree?

In this video, I talk about why having healthy discussions with our kids is important.

Despite my cool, calm, demeanor, I'm actually really petty. Now I'll tell you exactly how in a little bit, but first, let me tell you a story. Over the years, I've had a handful of people tell me that my daughters were smart-asses. These were grown adults calling my kids names. Now I listened. I processed. I tried to be objective about it, and I concluded that these individuals were just full of crap. Now, objectively speaking, my girls are pretty good kids. They have a lot going on in their lives, but they're really good. That's been one of my core foundational principles for them is to make sure that they're good human beings. And then as such, they're actually really respectful, they mind their manners, and they're just kind human beings. And this is across the board. They're really good with dogs, cats, all animals, little kids, middle-aged kids, big kids, big adults, older, older adults, just really good. It's something that I've paid attention to because it's important to me. I want them to be respectful and mind their manners in a way. But the key is this, not at the cost of bowing down just because they're older or demand more respect. Because their voice matters. And even though I want my kids to respect their elders, they are also allowed to ask questions. To contradict them if they're being rude or they're saying something that may not be true. As well as with me. They're allowed to argue with me, they're allowed to debate me. They're allowed to have a different opinion because it's important to me that they have their own free thought. And if they can express it and prove to me through their discussion, through their argument that their point is right, I will back down. I think that's a really important key in all this, I don't need to win an argument, and I don't need to be right. I don't need to prove myself to this child. Just because they're younger doesn't mean they're dumber. And then trying to unpack the term smart-asses, it could be many things. Like I said, my daughters aren't perfect, and they can talk back. But if you're being a jerk, then you're saying is that you don't want the child to talk back to you. You don't want that back and forth. I get it. I really do. However, if you're being a jerk to my kid then my kid is, in my opinion, allowed to respond with a similar energy that you're giving them. Do you understand where I'm going this? And I know that can be controversial because there's a lot of people that believe that kids are just supposed to be obedient and respect their elders at all costs. I'm sorry. I've concluded that just because people are older doesn't make them smarter. They just make some older. If they were dumb and ignorant and ugly when they're kids, they're probably just going to be the very same thing when they're older. And now my kids are supposed to bow down and not question them because they're older? That's where I think the disconnection comes. That's where I think there is a problem with this belief that they should just respect their elders. Going back to that. Respecting still needs to be a key, but it doesn't mean that they can't debate them. They can't disagree with them. And here's another thing that I find to be fascinating. We want our children to be independent thinkers, to think for themselves and to stand their ground, and to not let people run over them. But we don't allow them to debate us as parents or other adults? How are they supposed to get that practice and training? And that is the crux of it all. Therein lies the rub. And that's where we have the problem. As adults, we're calling kids smart-asses. We're name-calling. We're being insulting to them. That seems really weird backwards and asinine to me. If your argument is valid, if what you say is right as an older person, then your argument should stand its ground. It should be able to stand some scrutiny from some little teenage kid. Yeah? This doesn't give my kids permission to disrespect people, but I will say that no matter what my best attempts to get them to be kind and respectful. If a person comes at you with disrespect and ugliness, how will you respond? It's just energy, and I've taught my girls this since they were young. If you go at your sister with anger and resentment, how do you expect your sister to respond? Probably with the same energy. So to expect your sister to be kind to you while you're being mean and ugly to her is unrealistic. And the same thing is in the real world. If someone comes at you with negative and hateful energy, being able to stay positive and not respond with that same energy is unrealistic. That expectation is just not real.

let your kids argue with you. Let them debate with you. As long as it's a true debate and a true argument in which both people are allowed to speak and present their case, it should be fine. Then you're raising a child that's a critical thinker and can present his or her point in a way that could persuade the other individual without having to resort to just screaming. And the worst case scenario, for me as an adult, is if you rattle off the whole "Well, I'm the adult and you're the kid" point of view. That to me just makes no sense. That means that you couldn't withstand the scrutiny and you couldn't argue in a respectful way that you just shut the whole thing down and say, "Hey, you're a kid. You know nothing." I know kids don't know a lot about a lot, but it doesn't mean they're not able to see things and process things that we are not able to do anymore because we're so old, alienated, and set in our ways. Kids are pretty genius, pretty brilliant because of that, because they can look at something from an outside perspective that we have not been able to do in years. So yes. About my pettiness. Years ago, I had a handful of people tell me that my kids were smart-asseses. And although I didn't agree with them, I am petty, so I bought the domain SmartassKids.com, and it just sat around for a while. Until recently, I decided to finally dress it up because years have passed and now my girls are starting to accomplish things and become who they are and will be in life. And those smart-ass kids have grown to be pretty smart-ass people and little young adults. And for that, I'm very proud. I want to feature them in a way that kind of dismisses that and addresses it all at the same time. Basically, it's the improv training in me. Yes, my kids are smart-asses, and let me feature them on their own website, SmartassKids.com. My kids are smart-asses, I suppose. And as such as their father, I'm extremely proud of my kids and I will fight for them, and I will stand up to some scrutiny. And I guess you could say the apples don't fall far from the tree. Thank you for tuning in again to the latest episode. My name is Teevee. You'd been tuning into The Teevee Show Podcast. Follow us on whatever podcast platform you may be listening to us on and leave us a review. If you're on iTunes, it would mean a lot. So until the next episode, have a great day, buh-bye.